Congratulations Lianne Harrison Our Most Recent ‘Client Of The Month’

Lianne first joined TF 3.5 years ago, feeling unfit, pretty down about her health and noticing that she had recently put on a few lbs!

After researching a few different gyms, and PT’s she decided to begin her fitness journey with TF.

Lianne joined, and was struggling within the first few sessions, but TF team made sure she was looked after, which enabled her to persevere through the tough start!

Within the first few weeks of joining she noticed her shape changing, lbs dropping off, her posture improving, and just generally feeling better…

As anybody who has trained for a period of time you’ll know that fitness is a journey and not a destination. You may achieve the initial goals that you originally set out to achieve, but fitness is never ‘finished’.

And at the start of this year, Lianne set herself a goal to run half a marathon this year, and by training hard, was able to smash that target within 2 months!

Here’s what Lianne has said about her TF journey so far:

“I joined TF 3 1/2 years ago, I was feeling pretty down on my health. I wasn’t as fit as I used to be, had put on a few pounds and decided to try something different. I’d looked at a few different gyms, PTs and decided to give Transformation Fit a call.

I remember how tired I was often those first few sessions, but I also remember how welcoming the team were. How quickly I began to feel stronger. I hadn’t specifically gone with a weight loss goal but I began to notice my shape changing. My shoulders straightened, I stood taller & I felt better.

Coming to the gym now makes me feel amazing, not just physically but mentally. It’s the best cure for stress, I love swinging the sledge hammer or flipping tyres nothing makes you feel more in control.

I was so proud to be named member of the month, I’d set myself some fitness goals after last year, to drop some weight, complete a 75kg squat and run half a marathon. I’ve already smashed the half marathon and feel ready to go on my next goals.

One of the many things I love about TF is the community, the trainers are in your corner but so is everyone else in the gym. The team challenges really make you feel like you can do anything.

I’d recommend it to anyone thinking of getting fitter and stronger.”

– Lianne, TF Client Of The Month 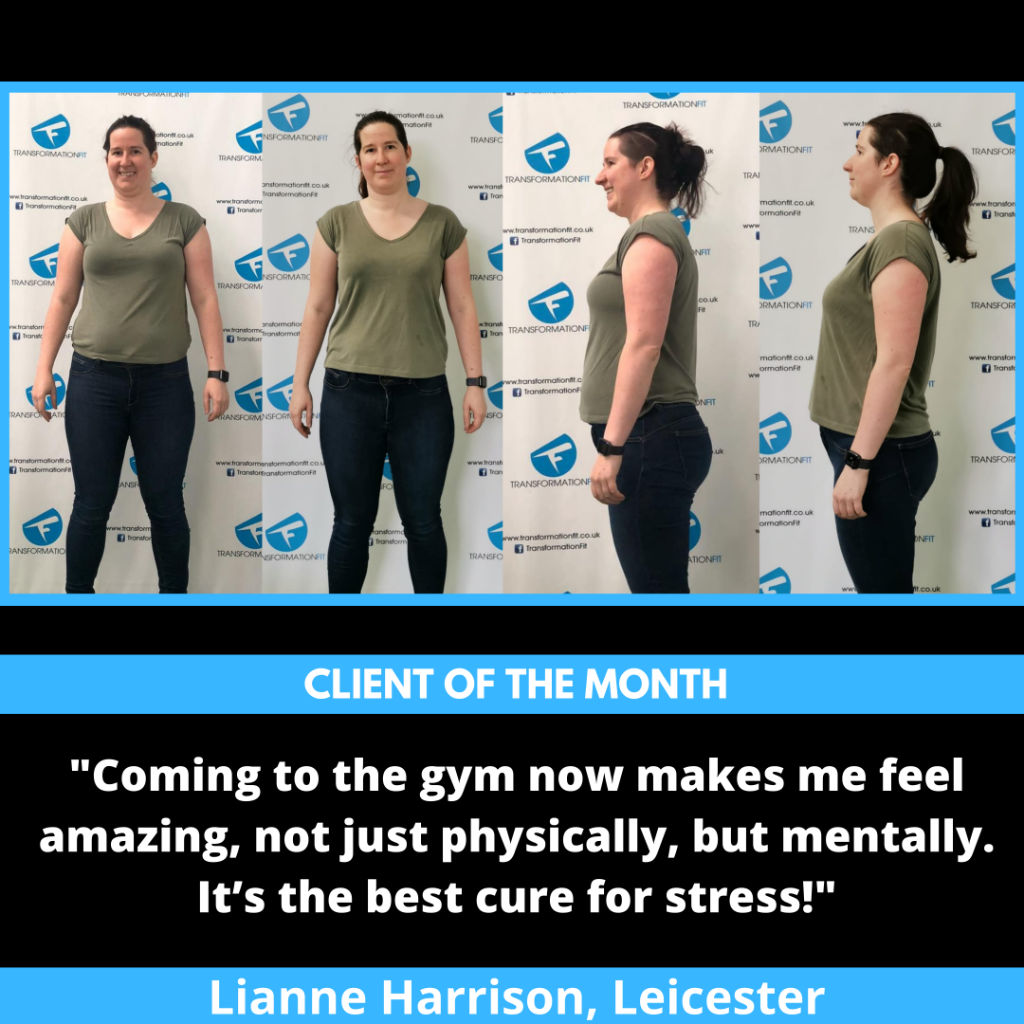 How To Get Motivated After A Beak From Exercise
31st August 2021
Leicester Lady Tanzeem Loses 15 lbs, 30 cm From Her Waist & “Can Finally Wear Her High-Waisted Jeans With The Button Fastened, Have A Meal & Still Feel Comfortable”!
7th May 2021
Busy Dad From Leicester Lost 20 Lbs & 9.5cm Off His Waist in Just 3.5 Weeks!
6th April 2021

How to go from hating the gym, to loving the gym
11th September 2020